Too Busy to Blog

It's been some time since I've found time to write new material for my poor neglected Rebel Puritan blog. I can only plead "too much to do, too little time."

At the end of 2017 I published The Golden Shore, and in 2018 I took two trips to Smith's Castle in Wickford, Rhode Island for book-related events. On a third trip I had the great honor of addressing the Rhode Island Genealogical Society about the 17th century conflicts between Rhode Island adherents in Pettaquamscutt and Wickford's Connecticut loyalists. I will post the Frenemies of Narragansett here in the not-far-off future. 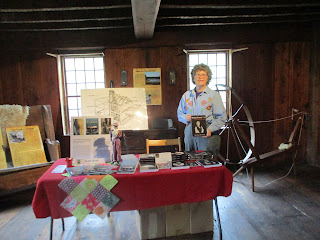 I found time during all three Rhode Island trips to stop at the R.I. Archives, R.I. Historical Society, Pettaquamscutt Historical Society, and Wickford's public library to research what I anticipate will be the final volume in The Scandalous Life series: Rebel Seed. In 1675 King Philip's War comes to Rhode Island's western mainland with devastating results, and far-reaching consequences for the Gardner family and Pettaquamscutt's residents. It's a story for second-generation Americans, and will be told by Rebecca Gardner, daughter of George Gardner and Herodias Long. 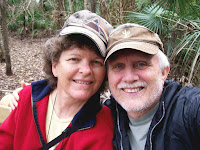 Unfortunately, I've been much slowed in writing Rebel Seed. Richard, my life partner, has struggled for a long time with feeling tired and unwell, and his illness got the better of him last fall. He was hospitalized and tested for everything under the sun. At last he was diagnosed with autoimmune disease which attacked his thyroid, and is now struggling with side effects from prednisone used to knock down the offending antibodies.

Nevertheless, I am moving ahead with Rebel Seed, helping Richard and my mother with their needs, playing in far too many community bands, and looking forward to spring's bounty. And now, I'm going to go rake leaves out of my jonquil bed. I promise to do better at keeping up here too, and thank you for your patience!
Posted by Jo Ann Butler at 2:16 PM